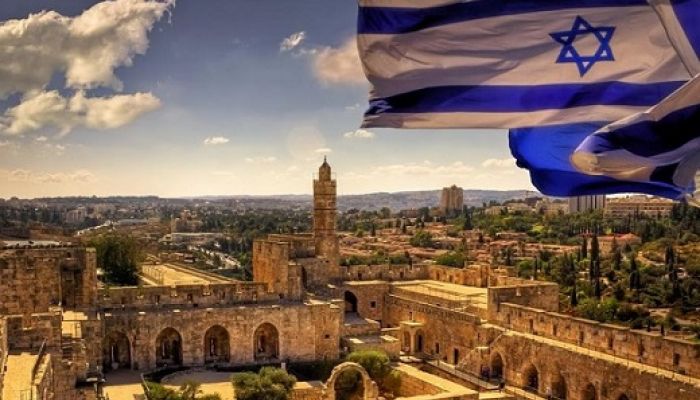 This week‘s Torah portion, Parashat Terumah, has one of the greatest verses all of the Torah. God commands us, (Exodus 25:8)  ‘V’asu lee mikdash v’shachanti b’tocham,’  ‘Make for me a sanctuary, so I shall dwell amongst you.’  And so begins many weeks of Torah readings about the construction of the Mishkan, the Tabernacle, the movable Temple that the children of Israel built while traveling in the desert, as a way to show that there was a place for God to dwell amongst them.  Do we really need a specific place for God to dwell?

There is a wonderful story told about two brothers who always seemed to be causing havoc.  One day their parents had had enough of their shenanigans, especially since they were supposed to go on a family trip to Israel for their cousin’s Bat Mitzvah.  How embarrassing would it be if in the middle of the beautiful Bat Mitzvah, the boys decided to pull one of their pranks, and ruin the whole ceremony?  Therefore, the day before they left, the father brought the boys to the community Rabbi, hoping she could emphasize to the boys, how important it would be to behave on their trip to Israel.  The brothers were brought to the rabbi’s study and the younger brother sat in the hallway, while the older brother and his father went into the Rabbi’s study.  The Rabbi asked the older brother, Jacob, Where is God?  Jacob looked confused – he knew where he had put his little sister, Sara’s stuffed animal and where he hid it, but that was Gaddy, and the toy he took from his neighbor, was nothing that sounded like God, so where was God, Jacob had no idea. The Rabbi just keep saying louder and louder, “Where is God?”   Jacob told the Rabbi, he had no idea what happened to God, and he did not know anything about it.  Jacob was so scared – he jumped out of his seat – ran out the door to his brother Simon, and said, “Your turn to answer the question.” Simon looked sacred and said – “Rabbi, Dad, Jacob, I have no idea where God is – I heard the question.”  The boys looked so scared, when the Rabbi stared them in the eye and said, “Have a safe trip to Israel.  Make sure when you come back, you can both give me an answer to my question, where is God?”

Jacob and Simon loved their time in Israel, and were on their best behavior. They did not even think of acting like they would take their own path on the snake path on Masada, and could have sworn they heard someone call someone God, but realized the guide’s name was Gad.  Their  cousin was inspirational at her Bat Mitzvah at Katzrin and they decided they better brush on their Hebrew skills. They ate the most amazing falafel in Tel Aviv, but it was made by Gidi, not God.  In Jaffa the artwork was gorgeous, and the waves in Tel Aviv were great, but those were galim.   They played a sort of type of hide and seek in the Old City of Jerusalem, but they did not have God on the list to find, so they could not find where God was.  They floated in the Dead Sea, and it seemed like maybe they would find God there, but, with all the cuts they had on their knees from when they fell running around the Mifletzet Park, they ran out of the Dead Sea immediately.

Their ten days in Israel was the greatest adventure they had ever had, and they did not even get into trouble, except for the time they fell running at the park.   After the first few days in Israel, they had forgotten about the question that they had to answer for the Rabbi, and it seemed to just come naturally to behave.  Therefore, the day after they left Israel, begging their parents to make plans for their next trip to Israel, they could not believe that instead of booking another trip to Israel, they were going to meet with the Rabbi.  The newly behaved young men, as Jacob and Simon had become,and their sister Sara, went with their Mom, this time, to see the Rabbi.  The Rabbi immediately asked, “So, did you learn the answer to the question – Where is God?”   The boys together said, “Everywhere!”  Jacob said, “In Tzefat, we heard someone tell us, that the person they study, the Kotzker Rebbe taught, “Where is God? Wherever we let God in! “  Simon continued, “So Jacob, and I realized, that we did not have to look for God. God was not lost. God was everywhere!”  And their little sister Sara piped up and said, “God is everywhere – but I think God was especially in those amazing places we visited in Israel and I saw God in all those people I met in Israel. It was great! I can’t wait to go back to Israel”