Tour price is based on 20 participants 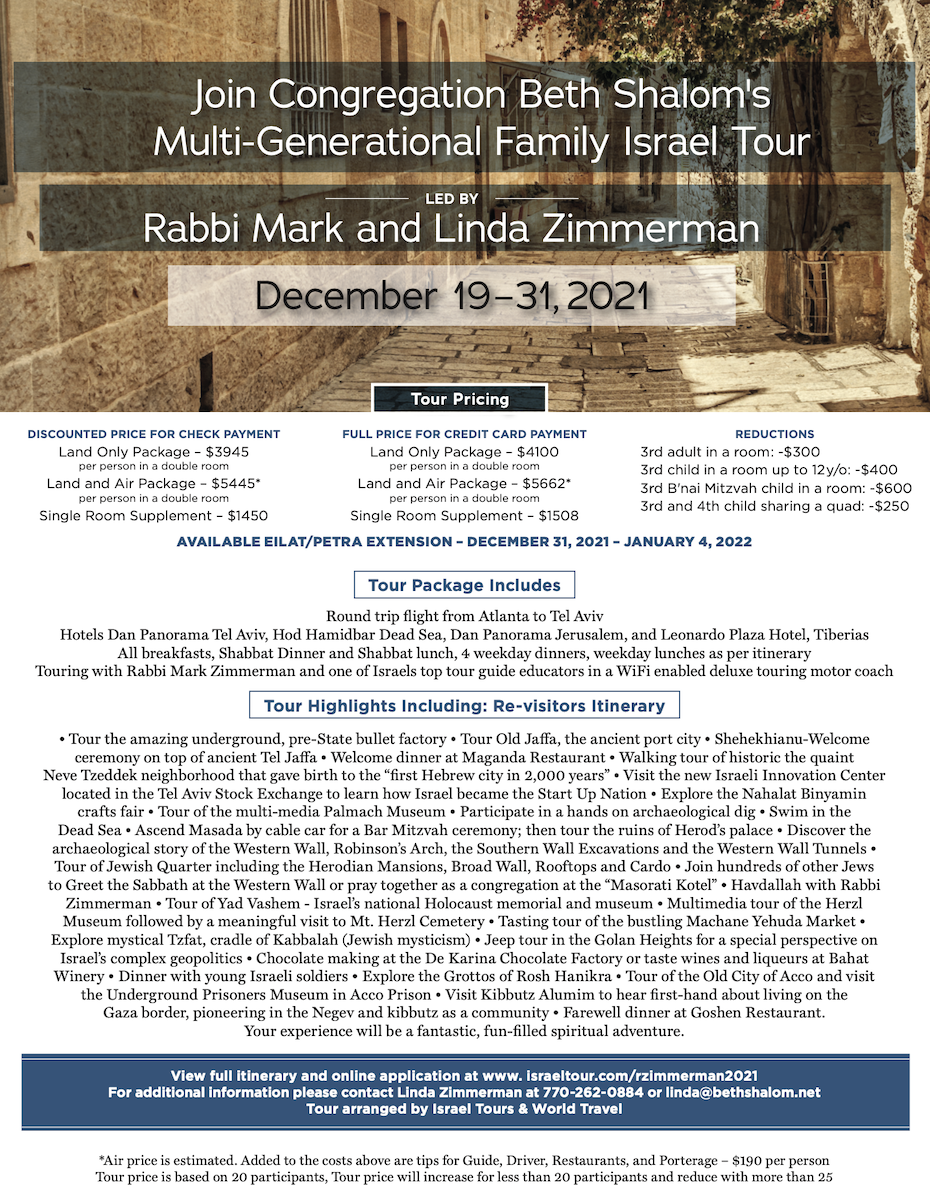 Monday, 20 December – Going Up into the Land

Wednesday, 22 December – Digging Up the Past and the Amazing Dead Sea

Shabbat/Saturday, 25 December – And on the Seventh Day…in Jerusalem

Wednesday, 29 December – Along the Mediterranean Coast

Shabbat/Saturday, 1 January – A Day of Rest

Sunday, 2 January – The Wonders of Petra

Check your Passport – It must be valid for 6 months beyond your trip return date.

Reduction 3rd Bar or Bat Mitzvah child in a room -$600

Tips will be added and pre collected for Guide, Driver, restaurants and porterage @ $190 per person

Price has been reduced for check payment, for credit card payment 4% is added

*Airfare is estimated until purchased