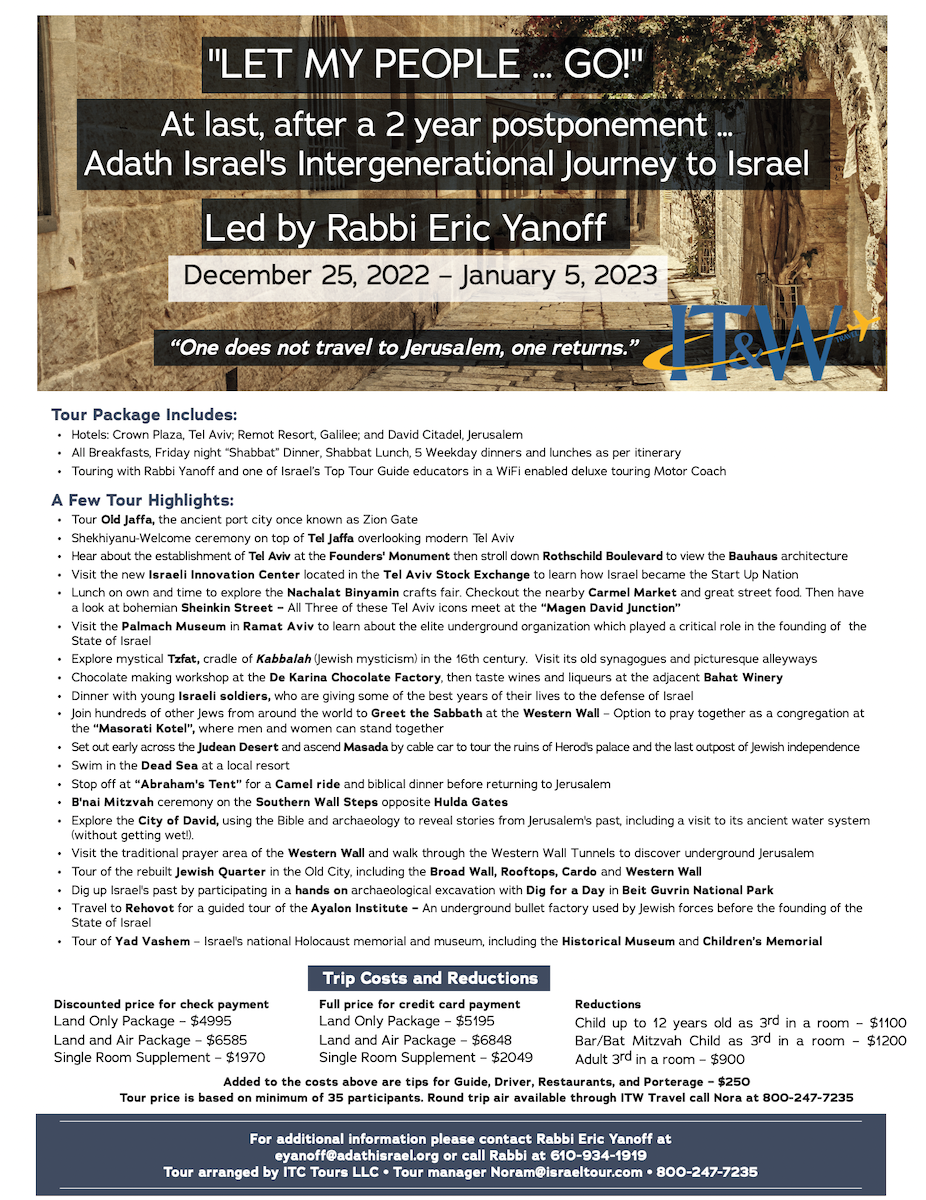 Monday, 26 December – Going up into the Land

Tuesday, 27 December – The Hebrew City and the Jewish State

Friday, 30 December – Across Israel: Many Faces of the Jewish People

Western Wall. Option to pray together as a congregation at the “Masorati Kotel“, where men and women can stand together. (Bus to Kotel.  People can take taxi or walk back).

Saturday, 31 December – And on the Seventh Day…in Jerusalem

Tuesday, 3 January – Digging Up the Past:  An Underground Adventure

*Trip price is based on 35 paying tour participants