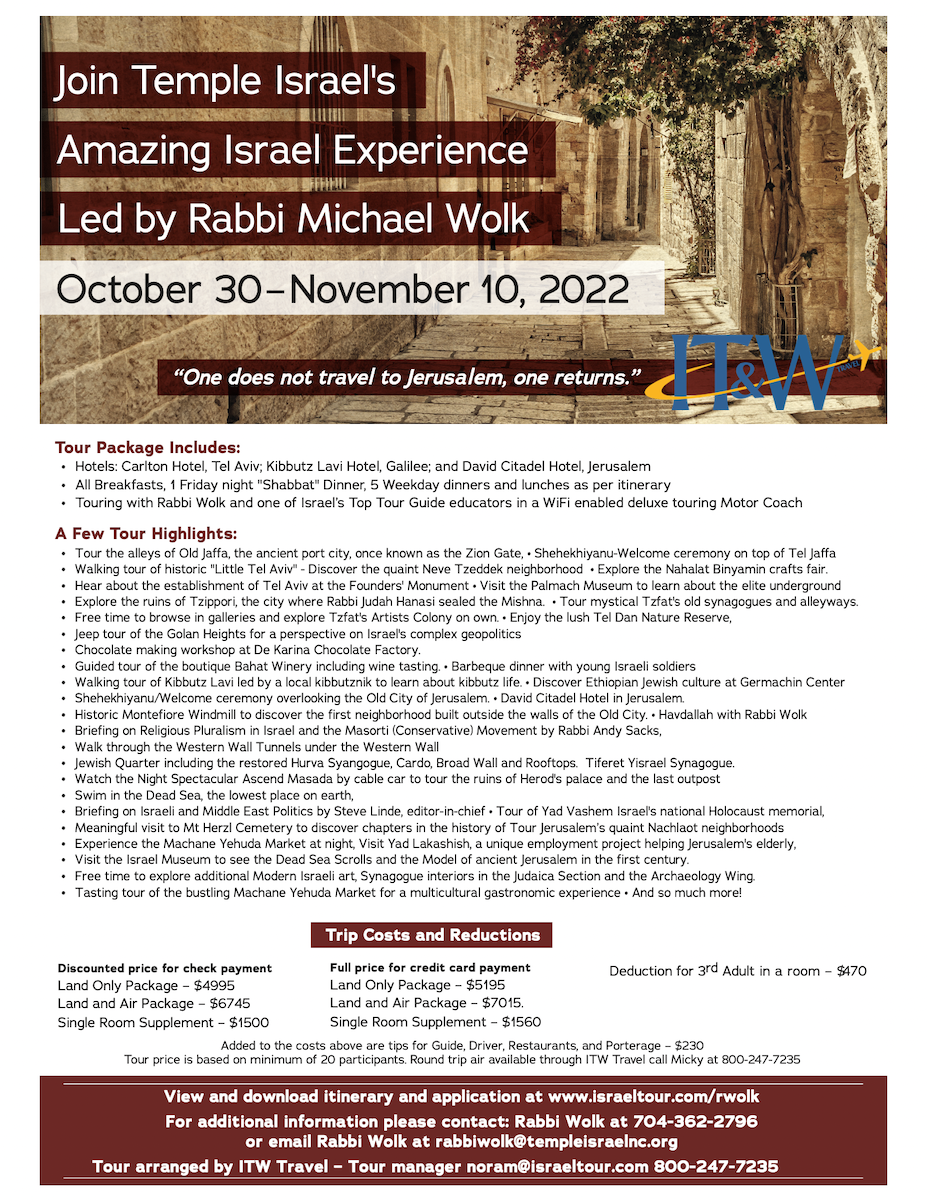 Monday, 31 October – Going up into the Land

Wednesday, 2 November – Cradles of Jewish Civilization in the Galilee

Thursday, 3 November – The Jordan River and the Strategic Golan Heights

Friday, 4 November – Across Israel:  Many Faces of the Jewish People

Saturday, 5 November – And on the Seventh Day… in Jerusalem