We are joining: the Israel Tour 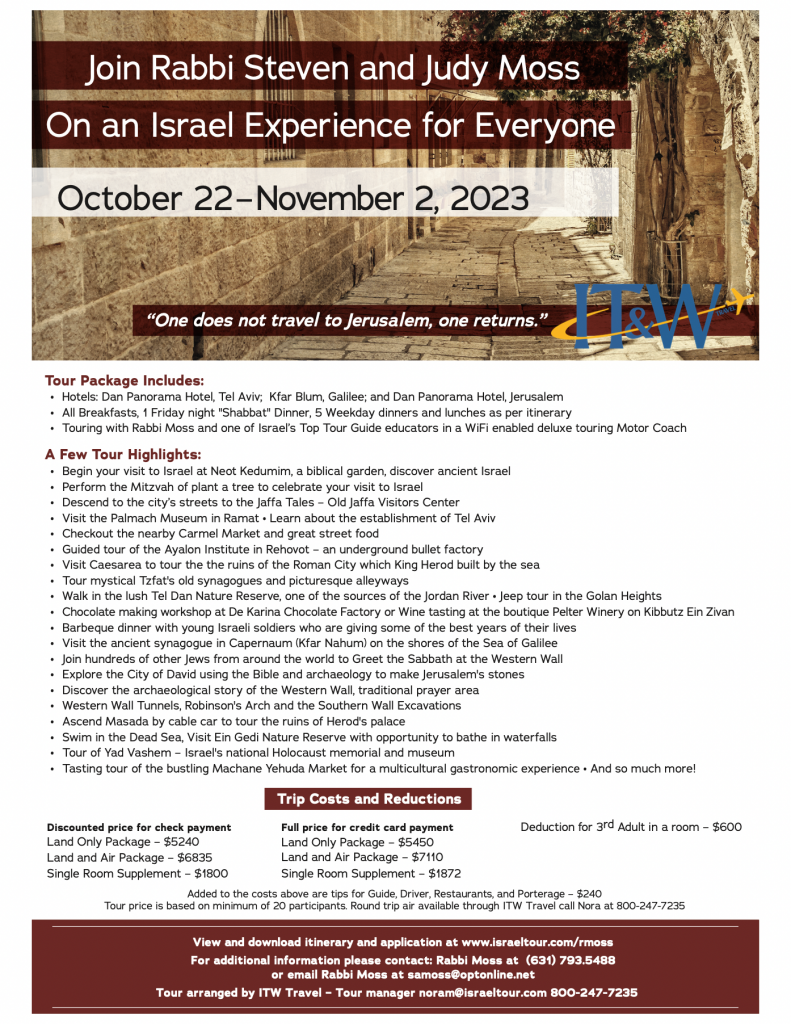 Tuesday, 24 October – Tel Aviv and the Rebirth of Israel

Thursday, 26 October – Sources of the Jordan and the Strategic Golan Heights

Please choose one of the following two “touring and tasting” options.  Both located on nearby Kibbutz Ein Zivan (Possibility of splitting the group):

you see Jerusalemites preparing for Shabbat.  Along the way, see the picturesque Nachalaot neighborhoods.

Western Wall. Option to pray together as a congregation at the “Egalitarian Kotel“, where men and women can stand together.

Saturday, 28 October – And on the Seventh Day…in Jerusalem

Choose one of the following Ancient Jerusalem touring options:

Hurva Synagogue and Four Sephardic Synaguoges, followed by free time to shop and explore on your own.

Land Only Package $5240 (Discounted rate for payment by check)