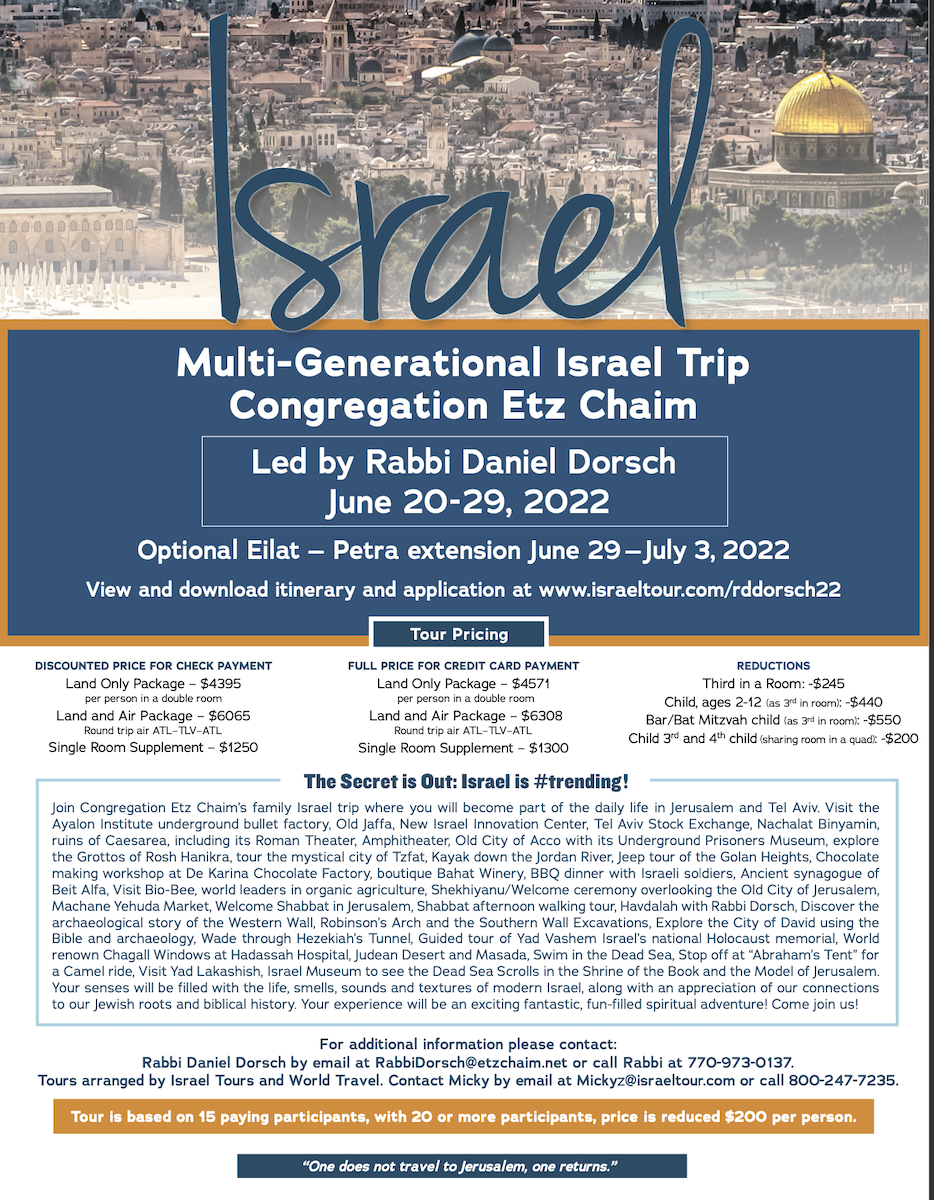 Tuesday, 21 June – The Hebrew City and the Jewish State

Thursday, 23 June – The Jordan River and the Strategic Golan Heights

Please choose one of the following two “touring and tasting” options.  Both located on nearby Kibbutz Ein Zivan (Possibility of splitting the group):

how they are using very effectively biological pest control, rather than toxic pesticides  to protect their crops.

Saturday, 25 June – And on the Seventh Day… in Jerusalem

Wednesday, June 29 – Digging Up the Past:  An Underground Adventure

$4395 Land Only Package (Discounted rate for payment by check)