Journey of Body and Soul to Israel 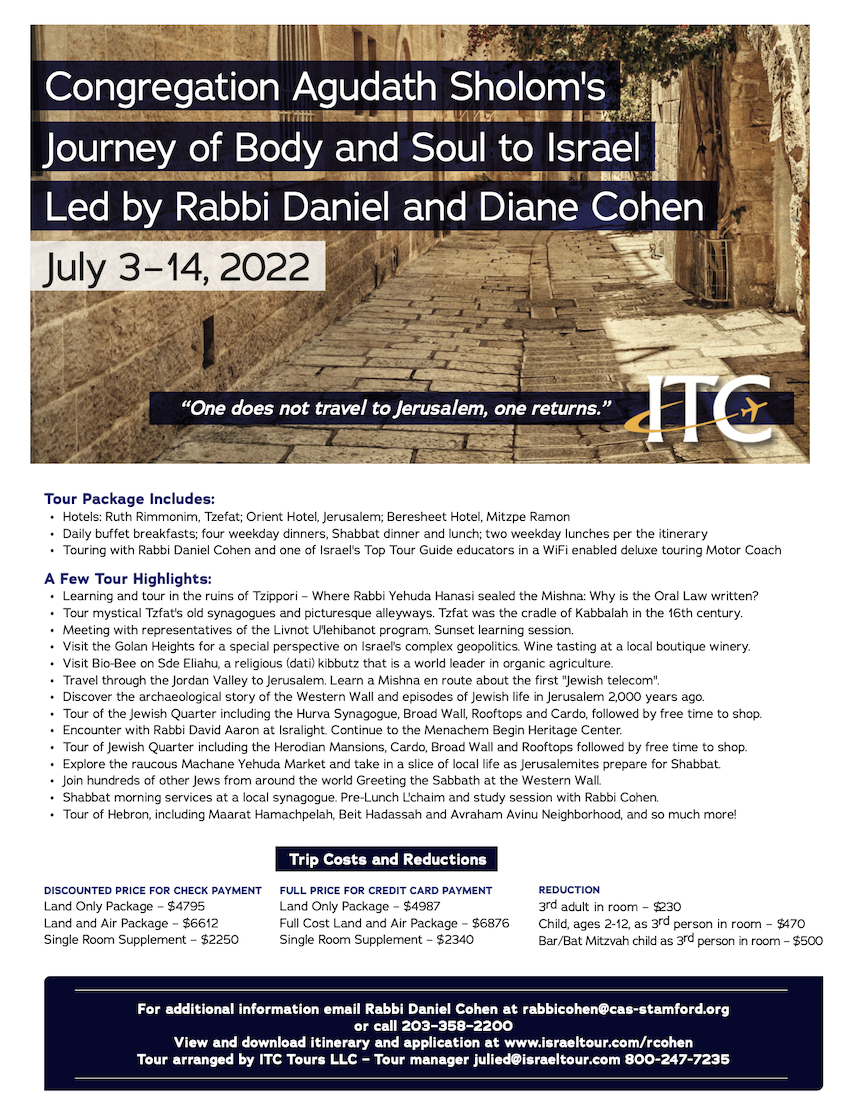 Journey of Body and Soul to Israel

Wednesday, 6 July – The World of the Mishna from the Galilee to Jerusalem

Shabbat, 9 July – And on the Seventh Day…Jerusalem

Sunday, 10 July – The Way of the Patriarchs and Renewed Jewish Settlement

Wednesday, 13 July – Wrapping up and departure

Land Only Package $4795 (Discounted rate for payment by check)