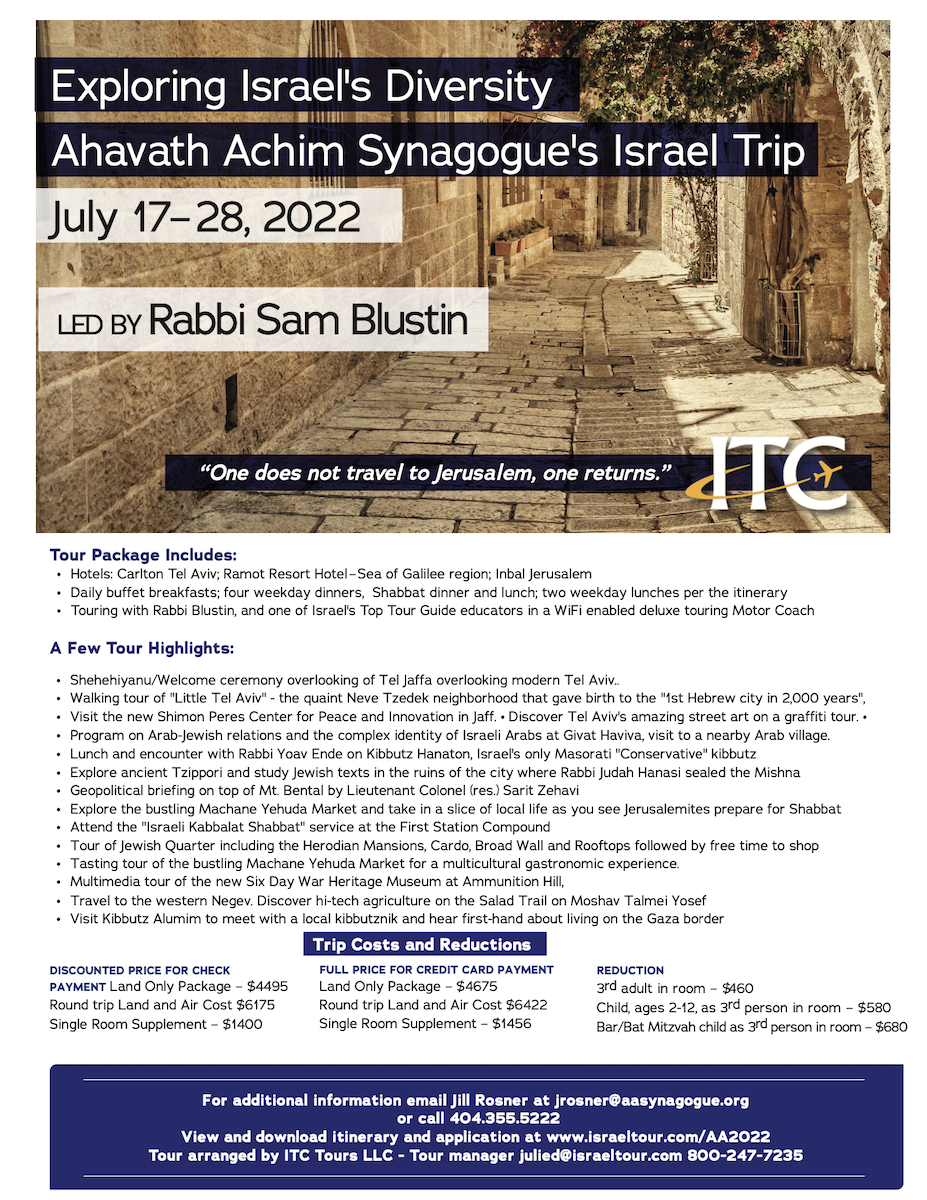 Monday, 18 July – Going up into the Land

Tuesday, 19 July – The Hebrew City and the Jewish State

Wednesday, 20 July – Cradles of Jewish Civilization in the Galilee

Friday, 22 July – Across Israel: Many Faces of the Jewish People

about this community’s modern day Exodus story and the challenges facing the Ethiopian Israeli community today.

section of the Jordan Valley is on the West Bank.  En route we will discuss and see the division of the West Bank between Israel and the Palestinian Authority according to the Oslo Accords (Zones A, B and C).

River, which is also associated with where the Israelites crossed into the Promised Land.  The Jordan River is less than 50 feet wide at this point.

Saturday, 23 July – And on the Seventh Day… in Jerusalem

Wednesday, 27 July – Defense, Geopolitics and Pioneering in the Western Negev

Land Only Package $4495 (Discounted rate for payment by check)