We are joining Professor Ira Spar on an Exotic Morocco Adventure with lectures about Moroccan Art and Culture Jan 6th to 16th, 2020 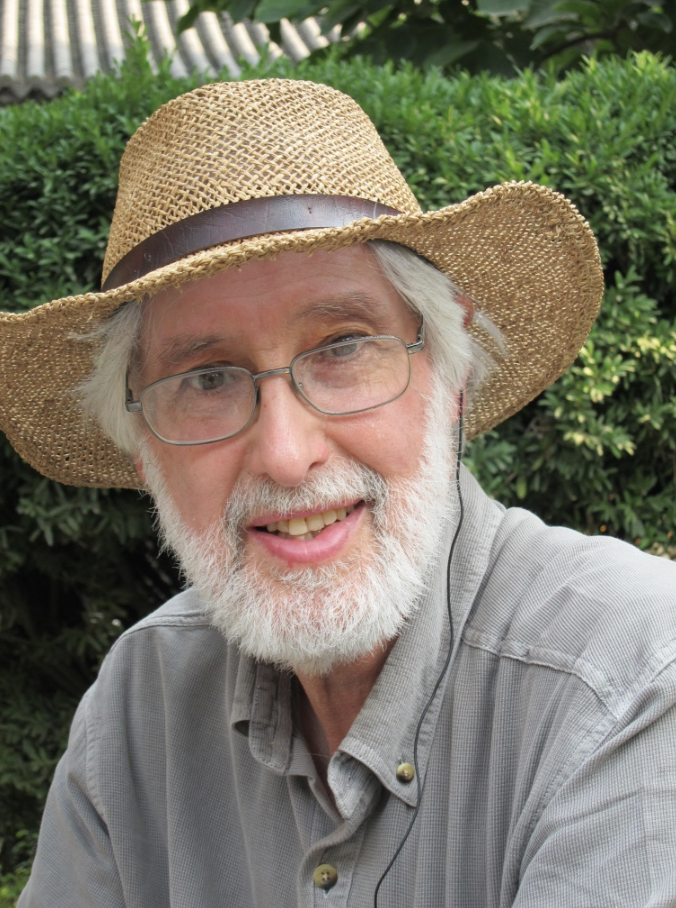 Dr. Ira Spar is Professor of Ancient History at Ramapo College of New Jersey where he teaches courses on the history, culture and arts of the ancient and  Islamic world.  For the past 40 years he was the Research Assyriologist (a specialist in ancient Near East languages) in the Department of Ancient Near Eastern Art at The Metropolitan Museum of Art.  From 1987 to 1997 he founded and co-directed the New Jersey Archaeological Consortium-Tel Aviv University excavations at Tel Hadar, located on the shore of the Sea of Galilee in Israel. This project led to the discovery of the long-lost biblical kingdom of Geshur. In addition to his many books and articles he has written and narrated a children’s book based on an ancient Babylonian myth. A biographical sketch of his career at the Museum is featured in Danny Danziger, Museum: Behind the Scenes at the Metropolitan Museum of Art, 2008.

Dr. Spar is also a collector of textiles and Moroccan rugs which he and his wife use to decorate their home.

(L,D)  Arrival at Casablanca’s Mohammed V Airport. Royal Air Moroc’s estimated arrival is at 9:30 am. Cosmopolitan Casablanca has roots dating to the Roman settlement of Anfa. The port became a key trading post for the Sultan in the 18th century and was greatly expanded during the French protectorate. Recent years have seen efforts to restore the once crumbling Medina. Visit the Hassan II Mosque. Completed in 1993, the Mosque can accommodate up to 25,000 worshipers, making it the second largest in Islam today. Lunch at the Soc restaurant. After lunch, enjoy a guided tour through the Museum of Moroccan Judaism for a glimpse into the rich and colorful world of Moroccan Jewry. It is the first Jewish museum in a Muslim country. The exhibits tell the story of a community that once numbered 250,000 strong. It documents two millennia of Jewish heritage, both in the Imperial Cites and the lesser-known Berber Jewish communities. Head by land to to Rabat. Check in at The View Hotel. Dinner at the hotel’s Le Sensya Restaurant. Lecture by Dr. Ira Spar: Introduction to Moroccan History and Art. Overnight: The View Hotel
3

(B,D) Breakfast at the hotel. Then begin with a city tour that includes a drive around the walls of the Royal Palace. Visit the Mausoleums of Mohammed V and Hassan II, two rulers who worked hand-in-hand with the Jewish community. Take a guided walk through the Old Walled City and the marvelous Kasbah des Oudayas, built in the 12th century. Then stroll through the narrow streets to the Andalusian Gardens. Continue to Volubilis, a UNESCO World Heritage site. Lunch on route, on your own. Volubilis overlooks the fertile plains of the Meknes region near the foot of Mt. Zerhoun. Intact mosaics, restored arches, and olive oil presses gives one the sense of the importance of this Berber, and later Roman city. At Volubilis, a local guide will take you through the site. After the visit to the ruins of Volubilis, depart to Fes, the most extensive medieval city in the Arab world. It was also the home of Jewish scholars and rabbis for hundreds of years. Upon arrival we check in at the Marriott Jnan Palace-Fes. After check in and a short rest, your guide will present a brief Introduction to Fes. We continue the tour to view the stunning gates of the Royal Palace in the Fes el Jdid quarter. We marvel at the beautiful gates surrounded with zellige tile work and carved cedar woods. Dinner at Marriott Jnan Palace Hotel. Overnight: Marriott Jnan Palace Hotel
4

(B,L,D) Breakfast at the hotel. Start your day with a guided tour of the Mellah (Jewish Quarter) of Fes and with a visit to the Ibn Danan Synagogue. Visit the famous Fes Jewish Cemetery, where some of the city’s legendary rabbis are buried. Continue on through the Medina, where the renowned Jewish scholar Maimonides once lived. Take a tour of the Madrasa Bou Inania, one of the few religious places in Morocco accessible to non-Muslim visitors. It is a splendid example of Moroccan architecture. Lunch at Hotel Sahrai, well known for its international and local cuisine. After lunch, continue on to visit the Museum of Wooden Arts in the beautifully restored former Caravan Stop. This museum is in a wonderfully restored caravanserai used by merchants to lodge and trade goods. Centered on a courtyard, the rooms are given
over to displays of traditional artifacts of craftsmen’s tools, chunky prayer beads, Berber locks, chests, and musical instruments. The rooftop café has great views over the Medina. See the Tanneries of Fes which give the Medina its unique flavor and smell. It’s best to head up to the balconies of one of the shops that will welcome you with a sprig of mint and a memorable view. Tour the University of al-Qarawiyyin, considered by the Guinness Book of Records, UNESCO and many historians as the oldest continuously operating, degree-granting university in the world. Visit the Dar Batha Museum, which has a particularly impressive pottery collection that dates back to the 16th century. Return to your hotel to rest and refresh. Dinner at Mimonitt Restaurant. Overnight: Marriott Jnan Palace Hotel
5

(B,D) Breakfast at the hotel. Afterwards, we head by land to Marrakech, a drive of 6 hours including stops. Lunch on route, on your own. Check in at Es Saadi Hotel. Early this evening, your guide will be at your disposal for a short introductory tour to the vibrant city of Marrakech. Head to the Djemaa el Fna, the main square at the heart of Marrakech’s Medina. In the late afternoon, food stalls appear next to rows of escargot sellers, snake charmers, musicians and story tellers. View the Medina’s Koutoubia Minaret, a splendid example of 12th century Moorish architecture. Dinner at Yacout Kosher Restaurant. Overnight: Es Saadi Hotel
6

(B,D) Breakfast at the hotel. We then wander through the Dar Si Said Museum of traditional crafts, housed in a 19th century palace. Visit the ruins of the vast Bahia Palace. Next, we visit the architectural Secret Garden, a recently restored complex showcasing Islamic art and architecture. The garden and adjacent buildings date back 400 years. Continue to Dar el Bacha Confluences Museum in Marrakech. The museum is located in the Marrakech Palace, one of the most beautiful palaces in the Red City. Lunch on your own. This afternoon is at your leisure to explore and then rest, refresh, and prepare for Shabbat. Shabbat services and dinner is at the home of Chazzan and Mrs. Ohayon. Members of the local Jewish Community will join the group to discuss their life in Marrakech. Overnight: Es Saadi Hotel
7

(B,L,D) Breakfast at the hotel then Shabbat Morning Service with Chazzan Isaac Ohayon. Shabbat Lunch. After lunch, visit the 19th century Bahia Palace, a masterpiece of Moroccan architecture. The rest of the afternoon is at your leisure. Dinner at Mama Mia Restaurant. Lecture by Dr. Ira Spar: The Carpets, Textiles and Crafts of Morocco. Overnight: Es Saadi Hotel
8

(B,D) Breakfast at the hotel. Visit the Jardin Majorelle. The garden was a gift to Marrakech from Yves-Saint Laurent. Purchased from painter Jacque Majorelle, the garden is adorned with Marjorelle blue, the color named for him. Continue to the Yves-Saint Laurent and Berber Heritage Museums. The Yves-Saint Laurent Museum highlights the life work of the designer and his connection to Marrakech. Then we begin the drive through the High Atlas Mountains heading toward Ouarzazate. This trip takes you across the Atlas Mountain range via the Tizin Tntichka pass. Marvel at the brilliant landscape dotted with Berber villages. Lunch on route, on your own. Check into the Berbere Palace Hotel in Ouarzazate. Dinner at the hotel. Overnight: Berbere Palace Hotel
9

(B,D) Breakfast at the hotel. Visit Ait Ben Haddou Village, classified by UNESCO as one of the world’s cultural treasures. See the Taourit Kasbah, a former Glaoui Palace. It is studded with crenellated towers and its buildings are decorated with geometrical motifs. Head by land to Merzouga. We go through the route of the Thousand Kasbahs and Desert, and then cross the grove of Sekoura to reach the Kasbah Amredyl. Then we continue to the Valley of the Roses and the Dades. After this we continue to the oasis town of Erfoud, famous for its marble and abundant fossils. Continue towards the highest dunes of Morocco in the Merzouga Desert. Lunch on route, on your own. Rest, take tea and then ride a camel to the highest dune to view the sunset. Continue your camel ride to the Merzouga Luxury Camp. A traditional Berber dinner will be prepared for you at the luxury campsite . After dinner, sit by a roaring camp fire and marvel at the African sky full of stars. Overnight: Merzouga Luxury Camp
10

(B,D) – Rabat Get up early to see the dawn from the desert dunes. Then return to Ouarzazate via Rissani, passing through Berber villages on the way. Head to the largest valley in Morocco, the Draa Valley. Lunch on route, on your own. Continue towards Agdez passing through the Tizi- n-Tinififft pass to reach Ouarzazate at around 5:00 in the afternoon. Rest and refresh at your hotel. Dinner at Berbere Palace Hotel with its varied international cuisine. Overnight: Berbere Palace Hotel
11

(B,D) Breakfast at the hotel, then return by land to Marrakech. Lunch on route, on your own. Check into the Es Saadi Hotel. We will then break up into smaller groups to explore the endless souks of Marrakech. Each trade and specialty are clustered together over alleyways and squares. Get an insiders look at the Marrekech design and artisanship scene. Your host, an expat living in Marrakech for 18 years, will take you to unique shops and wholesalers tucked out of the public • view. On your path you may want to stop at one of the Argan oil cooperatives or a rug/carpet shop. Argan oil is gaining notoriety for its cholesterol reducing qualities and use in beauty products. Return to the hotel to rest and refresh before dinner. Farewell dinner at Tanjia Restaurant. Overnight: Es Saadi Hotel
12

(B) Casablanca–USA After breakfast at the hotel, you will be escorted to the Mohammed V International Airport in Casablanca (3 hour ride) for your departure flight.

$3295 Land Only Package (Discounted rate for payment by check)