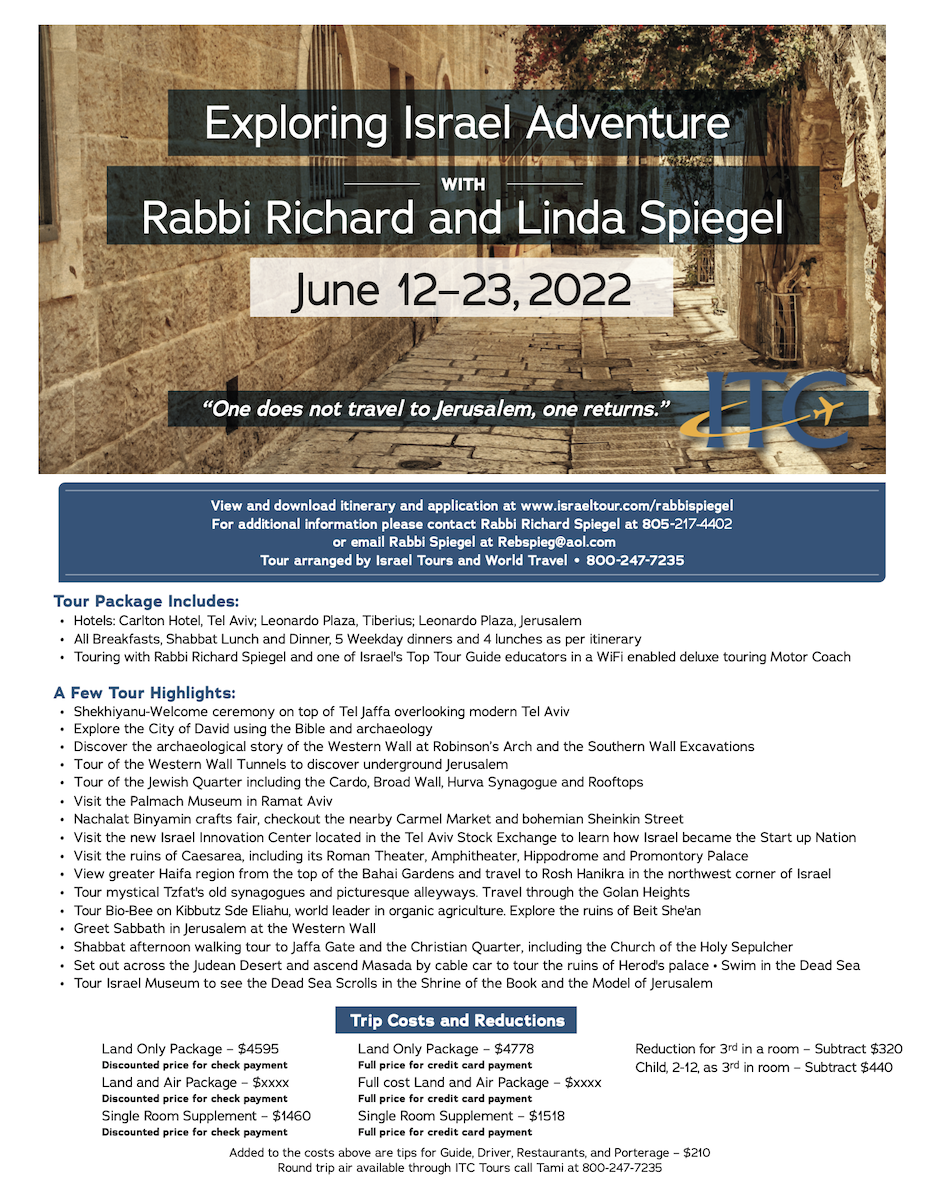 Monday, 13 June – Going up into the Land

Tuesday, 14 June – The Hebrew City and the Jewish State

Wednesday, 15 June – Along the Mediteranean Coast

Shabbat/Saturday, 18 June – And on the Seventh Day… in Jerusalem

Added to the costs above are tips for Guide, Driver, Restaurants and Porterage $210
*Airport taxes and fuel surcharge is subject to change
Please let us know if there are any accessibility requirements, physical limitations or dietary restrictions. Optional but highly recommended travel/health insurance is available including coverage for pre-existing conditions, please call 800-247-7235 for a quote.
****RETURN THIS APPLICATION WITH A DEPOSIT OF $250 PER PASSENGER****